The Economist discovers life not fair

Posted on 18 February 2012 by craigjameswilly 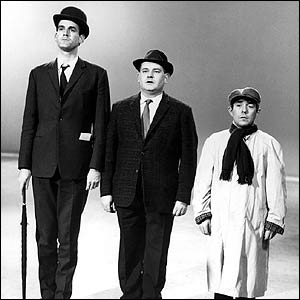 The leading magazine of the global politico-economic elite – The Economist – has an article on the recent controversy over bankers’ pay warning of “The death of meritocracy”. I guess it’s noteworthy for this normally laissez-faire capitalist publication to recognize inequality of opportunity as a problem. Although, perhaps because of its free market ideology, it has a particularly strange way of discussing the issue:

[RBS Chief Stephen Hester stands for] the idea that the unusually talented may deserve extraordinary rewards. Yes, people are paid unequal amounts, but don’t forget how wealth is created and the successful motivated, he says. In essence, he is making the case for meritocracy.

Merit is a fine principle. But the most painful revelation of the debate on high pay may be this: many Britons are not convinced that they live in a functioning meritocracy.

Wait, what? The “most painful revelation” is not that famously class-based Britain isn’t meritocratic, but that people have stopped believing that it is? Right-O.

Incidentally, meritocracy in the UK hasn’t “died” because it was never really there in the first place: the differences in life chances there have long been particularly vast between those who Warren Buffet calls “members of the lucky sperm club” and those children stuck in “postcode poverty”.

The UK is one of the developed countries were the income of an individual is most determined by the income of one’s parents. As the OECD pointed out some years ago,  Britain is even worse than the United States of America in that respect. With university tuition rising to £9,000 a year in universities across the country, the situation is set to get significantly worse.

The magazine takes no comfort in Britons’ growing awareness of this fact and their worries that their extremely well-paid executives might not be entirely deserving. “This is a dangerous mood, transcending labels of left and right. Indeed, it sometimes feels as if all political parties are following, not leading, public opinion.” Sounds ghastly.

This entry was posted in article, United Kingdom and tagged class, Great Britain, inequality, meritocracy, The Economist. Bookmark the permalink.