Posted on 28 December 2011 by craigjameswilly 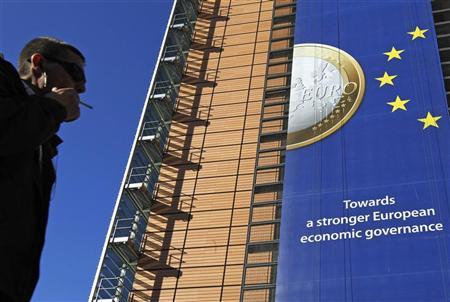 One of the great underreported stories of the eurozone crisis has been the incredible damage it has done to the reputation of Europe, the EU and indeed the European ideal itself. This has occurred independent of the country in question’s membership status or aspirations. In doing so, the mangled management of the crisis, by both the Princes of the European Council and the supposed “experts” of the European Central Bank, has set back the cause of European integration years if not decades.

It’s true of the EU’s new members. In the Czech Republic, 70% oppose joining the euro. In Lithuania, opposition to joining the euro has risen to 49% as against 43% last year (43% are pro-euro today). In Estonia, one of the few part of the eurozone, 55% say they would choose not to join if the issue were raised today. A Wall Street Journal poll found that even among Poles (perhaps the most europhile in the entire EU) only 16% support joining the euro, notwithstanding the government’s commitment to do so.

In Scandinavia, never particularly favorable to the EU in the first place, support has reached abyssal new lows. In Sweden the same poll found 3.5% wanting to join and another that 87.6% want to keep the krona. In Denmark, less spectacularly, opposition to joining the euro in Denmark rose from 47.1% last June to 50.6% in September. In Norway, a very successful non-EU member, opposition joining the bloc has risen to a whopping 79.8%, while only 12.6% dare voice the opposite opinion.

Similarly, public opinion in the UK has now decidedly turned against Europe. Last October, as MPs voted against holding any EU referendum, both the centre-left Guardian and the hysterically little-English Express reported that almost three-quarters of Brits wanted a vote on EU membership. In addition, both also found about half would vote for withdrawal if one were held.

In the core itself, public opinion is not yet seriously considering a breakup of the eurozone. However, here too, the Council’s structurally-induced propensity for defective, hackneyed compromises and the New Recession have taken their toll. In France, 45% believe the euro is a “handicap” for the French economy and 44% say the common currency is “amplifying the crisis”. In Germany, 60% believe the euro was a bad idea and 37% say they would vote for a euroskeptic party.

All this is occurring in those countries least hit by the eurozone crisis. I’ve not yet mentioned those economies – Greece, Ireland, Portugal and Spain – which Berlin-Frankfurt-Brussels have slated for deflation, recession and emigration. Here, the problem has reached a rather higher plane:  These countries are most likely to believe that the economic crisis is today Europe’s greatest security threat, ahead of terrorism (according to a Eurobarometer poll). In these places, the damage to the EU’s image may prove irreparable.

Europeans’ new euroskepticism is fundamentally different from that of the past. The EU, with the partial exception of migration rules, was not a tangible reality for most people until recently. How many, in their daily lives, could honestly say they’d noticed the 1% of GDP siphoned through Brussels or the obscure regulations for products  standards?

Today is different. The ordinary citizen doesn’t necessarily care for the details of new ever-more-roundabout bailout deals or the ECB’s monetary hocus pocus. However, s/he can see the pathetic spectacle of Europe’s assembled leaders failing again and again to address the crisis notwithstanding their pronouncements regarding “summits of last chance” and “solemn commitments”.

The EU was given the highest responsibility in one area, economic and monetary policy, in which it has now most manifestly failed with unemployment rising and double-dip recession a reality. And is there any issue more important to Europeans today than jobs and economic (in)security?

UPDATE: Great minds think alike? Michaël Malherbe of La Comm’ européenne published a post on the same day looking at pan-EU drops of confidence in European institutions according to the November 2011 Eurobarometer. The percentage of people for whom the EU evokes a “positive image” has dropped nine points, to 31%, since last summer. Graph!

This entry was posted in article, eurozone series and tagged eurozone crisis, recession. Bookmark the permalink.